Bernhard Bischoff on the Study of Medieval Script

Posted on December 13, 2013 by medievalfragments

Editorial note – David Ganz is Visiting Professor of Palaeography at the University of Notre Dame and a Research Associate of Darwin College, University of Cambridge. His guest blog summarises a much-overlooked publication by Bernhard Bischoff (d. 1991), the great expert on Caroline script and Carolingian book culture. In retrospect, Bischoff’s lecture and subsequent publication reads as a ‘report on the state of affairs’ of palaeography in the mid-1950s. (EK)

At the Tenth International Conference of Historical Sciences, which met in Rome in September 1955, papers on palaeography were delivered by Charles Perrat, Bernhard Bischoff and Gaines Post. Bischoff’s paper, which is titled ‘Paläographie der Abendländischen Buchschriften vom V. bis zum XII Jahrhundert’, falls between his article for Deutsche Philologie im Aufriss, first published in 1950, and the revised version in 1957. As a public lecture to an international audience it is both more discursive and more personal than his textbook. He starts by suggesting that in the last two generations palaeographical work has focused on the period of 400-1200 because it offers favourable conditions for fruitful study, while after the thirteenth century the material becomes too vast to master. He noted the change for the philological and text-critical goals of Ludwig Traube and W.M. Lindsay to more historical and cultural historical interests. 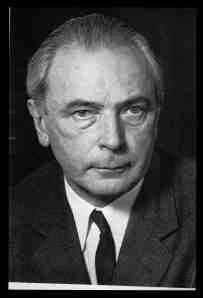 The divide of c. 800
In the period 400-1200 there is a divide around 800. E.A. Lowe’s Codices Latini Antiquiores (CLA), the first volume of which appeared in 1934, marked the start of a new phase, and is a testimony to the advances in localizing and dating the material from the earlier period. Bischoff sketched the history of the photographical collection assembled by Traube, which was used as the basis for the lists of unical and half uncial manuscripts published by Lehmann and Lowe, for Lindsay’s work on minuscule manuscripts, and for Lowe’s attempts to establish objective bases for the dating of these scripts. When Bischoff gave his paper, six CLA volumes had been published (of the planned ten) and many items had received their first palaeographical descriptions. He noted other efforts to assemble large photographic corpora, such as the catalogues of dated and localised manuscripts (the Catalogues des manuscrits datés), as well as the work on Beneventan and Visigothic manuscripts dating from after 800, and the assembling of microfilms of Irish manuscripts in Dublin. He then drew attention to the work on Carolingian manuscripts by Albert Bruckner and himself, and stressed the importance of collaborative work between palaeographers and art historians. 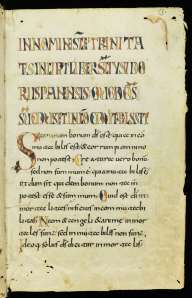 Ninth century
For the ninth century, script types were replaced by house styles with distinctive and localisable ‘earmarks’. Bischoff reminded his audience how much was lost, urged the need for inventories of library holdings, and noted his goal of a list with exact dating and localising. He pointed out that eliminating places where a manuscript could not have been written was also helpful and stressed that such a list would inevitably be a first attempt, in need of improvement and greater precision, but it was still a requirement for the understanding of the period in which most classical and patristic texts were transmitted to us. 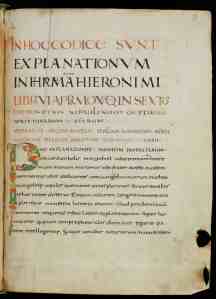 Tenth to twelfth centuries
Moving to the tenth, eleventh and twelfth centuries, Bischoff stressed the diversity found in some centres, and the remarkable conservatism of centres like Angers. Given the amount of material, the right strategy, as suggested by Bischoff, might be to look for common features and to record the differences between the script of luxury liturgical books and the less elaborate and fast scripts used in schools. He noted the importance of Tironian notes as essential for the study of Carolingian schools, and the significance of their revival in the circle of Thomas Becket in the twelfth century, and also the difficulties on the analysis of insular scripts. He pointed out that Lowe had spoken of the decisive role of ‘quarter-uncial’ in the development of insular scripts in the preface of CLA Volume II and gave his own account of the development of Irish script After noting developments in the study of early Visigothic script and in the study of the script of Luxeuil, he drew attention to the differences between Lowe’s views on the origin of Caroline minuscule via the influence of half uncial and his own sense of the convergence of different factors: the decline of half uncial, the calligraphic formalising of cursive, and the experiments at Charlemagne’s court to create a new bookscript based on the cursive used in the chancery. 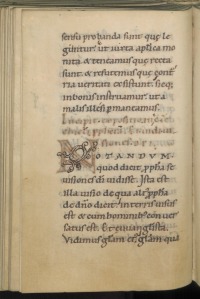 In conclusion, Bischoff spoke of the ‘gothicizing’ of script and of his own contribution to discussions of nomenclature. Carolingian was not a chronological term, early gothic script had strokes at the bases of the shafts moving to the right, sometimes these were hairline strokes. When the bows were linked, then the script was fully gothic. Most of the scripts that stand between Caroline and Gothic can be described as ‘protogothic’ (frühgotisch in German) in this way. Although, as in every living development, there are transitional forms, they do not invalidate the use of this basic terminology. Two final paragraphs discuss De Bouard’s views of developments in England and on the role of the cut of the pen, and Lieftinck’s thoughts about the plainness of Cistercian books.