Posted on July 8, 2013 by medievalfragments

For every medievalist, the surest sign of summer is not an increase in temperatures, or the prospect of holidays, but the rolling around of the annual Leeds IMC. This year the conference had a new home, moving from the 1960s university accommodation complex in the green fields outside Leeds into the main city-centre site. Cue a lot of confused medievalists settling into new rooms and finding our way… Attended by over 1500 participants, the IMC is testament to the vibrancy of medieval studies in the UK and beyond, and this year’s conference proved no exception. The move to the new site prompted a reflection on the meeting of the old and the new. As the conference is now in its twentieth year, it has a stalwart set of attendees – familiar faces from around the world; for younger scholars, it’s inspirational to present at the conference alongside more established names. Furthermore, the papers themselves demonstrated some of the vast tidal shifts that the discipline has undergone over the last twenty years. 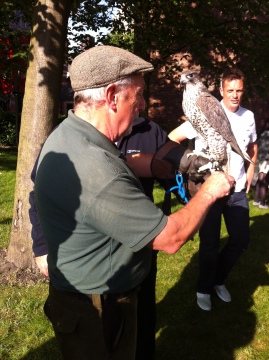 One area in which this is obviously apparent is the increase in the use of digital resources for the studying of history. A strand of papers on the Tuesday brought together some of the most exciting projects in digital palaeography. A set of papers were presented on the use of GIWIS, a tool developed at the University of Groningen that can pick out identical hands among a corpus of material based on the assumption that, regardless of the writing instrument used, certain characteristics of a hand remain individual and can be established through precision analysis of the curvature of letter forms. Applying research originally used in forensics, it represented an exciting marriage between artificial intelligence studies in the sciences and traditional palaeographical methods. As frequently noted by the speakers and packed audience, digital palaeography does not intend to ‘reinvent the wheel’, but to complement existing methods by providing new ways of looking at material and confirm scholarly intuitions. The sessions gave the impression of a method in flux: one searching for new vocabulary and a common approach.

Moving from the experimental to the traditional, a number of papers concerned history writing in the central Middle Ages. Pauline Stafford gave a thought-provoking response at the conclusion of the strand, discussing the changes in scholarship concerning the writing of histories of history in the last fifty or more years. The first volume of English Historical Documents, long regarded as the definitive set of edited source material for the period, was published in 1955 and set the scene for much of medieval scholarship for the second half of the twentieth century. Editorial choices, however, reflected contemporary concerns as much as medieval reality. Documents concerning politics and ecclesiastical matters were assigned to different sections. Annals were accorded prominence over other documentary and literary sources, as the sparse nature of the language seemed to carry a ‘truth value’. As Stafford pointed out, nowadays we are not simply concerned with establishing the ‘facts’ of what happened, but also interested in contrasting perspectives, the life stories of authors of texts, the medieval readers themselves. While we cannot doubt the contributions made by the EHD to medieval scholarship, the future seems to lie in a return to manuscript sources and a recognition that the truth is found as much in details and seeming irrelevancies as the cold language of dates.

While the programme of the IMC might seem daunting in size, the great strength of the conference is the meeting of so many diverse perspectives and areas of scholarship. Roll on July 2014! 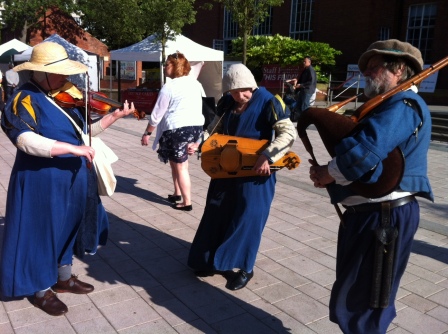 You can find out about our Project Session here.

For my reflections on Leeds 2012 see here.

This entry was posted in Irene O'Daly, Project News and tagged Conference. Bookmark the permalink.