Posted on June 15, 2012 by medievalfragments

Sure Canada was ‘there’ in the medieval period, but there were no knights, castles, jousting competitions, pointy shoes, or manuscripts. Despite this lack of a national medieval history, Canadians have played a prominent role in the world of medieval research and scholarship. 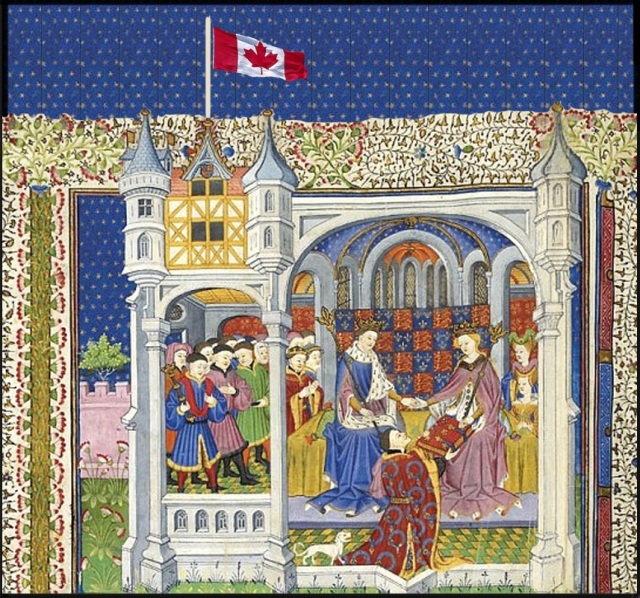 Indeed, many of these scholars have come together to form the Canadian Society of Medievalists, a lively group that welcomes students, researchers, teachers, and other active academics to share their work and experiences (Click here to check out the new CSM website). As president Elizabeth Edwards noted in a recent interview with medievalists.net, the society plays an important role in gathering together medievalists from across Canada, many of whom are working either alone in their institution, or in a small department.

Once a year the CSM members join forces for their annual conference, hosted this year by Wilfrid Laurier University in Waterloo, Ontario. As I am currently living away from the motherland, this was an important opportunity to return home and see what my fellow countrymen (and women) have been up to in the field of medieval research.

Over the course of three very hot and sunny days, we heard fascinating papers on a range of different topics: the Dukes of medieval Pomerania, unusual columns in Durham Cathedral, royal advice-giving via chessboards, as well as two keynote lectures: the first presented by Cynthia Neville on the topic of Scottish medieval Law (where we learned how to effectively bribe one’s way out of punishment) and the second presented by Anna Smol on the topic of ‘Boyology’ in the transmission of Beowulf.

Of particular note was Dr. Alma Santosuosso’s paper entitled the “Hymns in the Laurier Manuscript”, which included a performance of the 15th-century hymn by a local musician. Nothing is better than a little musical interlude in the middle of a presentation! 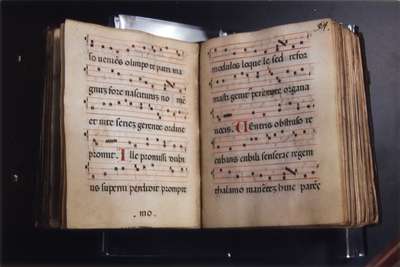 I also very much enjoyed the demonstration of “Cantus: a Database for Latin Ecclesiastical Chant”, which is now hosted by Waterloo University in Ontario, and which offers scholars unprecedented access to medieval chants. The database is free to use and also features a search function, making it possible to compare and contrast hundreds of Latin ecclesiastical chants contained in both manuscripts and early printed sources.

While I have attended a number of fascinating conferences over the past few years, the annual CSM event really stands out for me. The members are friendly and encouraging, and I like that they openly welcome graduate students to participate and present their work (even those who are not currently living in Canada, such as myself).

So, even though Canada may not have a history quite like Europe, I think it is safe to say that our future is definitely medieval.